Lots of great stuff this week!
1. Girls + Science = Awesome.
A young woman in 7th grade named Melody Green did a science project experiment on the effects of air pressure and temperature on altitude. Obviously, this means there should be a homemade “rocket” with Hello Kitty as the pilot, all filmed by four GoPro cameras. I love science, I love young women who achieve amazing things, and I think I am slowly falling in love with the GoPro camera and cameras like it. Watch this video and tell me you don’t want to do everything in your power to either empower more young women to do something wonderful (or at the very least, merely create no barrier to them).
[youtube http://www.youtube.com/watch?v=5REsCTG4-Gg&w=560&h=315]
2. I Found Two Trees for the Price of One.
After I saw this “Poetree” (Poet + Tree = Poetree) on funny list of the 30 Most ‘Portland’ Things That have Ever Happened in Portland as #23…

…I thought it was brilliant and want to make one, too. I wondered if anyone else has done this and if there are tips on making one – surely such a genius idea cannot only be nailed to one tree in Portland – and in Google image searching “poetree” I came across the Poetree Plantable Funeral Urn. One’s ashes get put into the soil of this pot and a loved one plants it. Then, as the tree grows, the cork lining disintegrates and the tree takes root. Voila – sustainable, “green” life out of death and a tasteful grave marker.

My wife wants her remains to be cremated while I had never considered that for the junk I’ll leave behind until she presented that possibility. I still haven’t made up my mind, the gap between burial and cremation is perhaps lessened in a beautiful way by this urn. Here’s to hoping the company is still around in 99 years when I finally kick the bucket…
3. Girls: please don’t forget you’re awesome!
Despite the wonderful story above of Melody Green, it looks like there is “Trouble with Bright Girls.” Meaning, being smarter and/or not being afraid to exhibit one’s intelligence isn’t necessarily helping young women get ahead. Heidi Grant Halvorson, Ph.D. has a short opinion piece on what girls might do or not do when it comes to understanding their ability to, well, have ability. Here’s a pull quote:

Researchers have uncovered the reason for this difference in how difficulty is interpreted, and it is simply this:  more often than not, bright girls believe that their abilities are innate and unchangeable, while bright boys believe that they can develop ability through effort and practice.

It didn’t take being the parent of a daughter to know we need to empower our young women to achieve. I lead a discussion / support group for young women in middle and high school and we spoke about this very issue last week, wondering out loud why some young women might decide to give up or, another sort of disappointment, pretend not to be smart. We spoke about the glass ceiling, a new concept to their young ears, and I think I might pass this article along to them, too.
4. Love Yourself for Lent.
A young woman who is blogging at “Sarah Over the Moon” is loving her body for Lent. She tells two heartbreaking tales of how she was shamed for her female body in Christian Bible College contexts that remind me how much hurt the church can indeed cause people. She writes with such honesty and with a creative flair which kept this reader reading.

As a man in a position of power / authority over young women this is a tale I can learn from. I can consider how it might apply to my own context and weigh the behavior of these men against the choices I make and do my part to break the cycle of male oppression of the female via objectification of their bodies. Like in #3, it didn’t take being the father of a daughter to know this is a priority.
5. Amazon got Jammed!
Okay, this one is weird, so bear with me…
Parks and Recreation is a funny show on NBC. On this show is Councilman Jamm (Jon Glaser), a fun, smarmy “villain”who wants to stop Leslie Knope (Amy Poehler) from building her park so a Paunch Burger fast food join can buy the land and he can get a cut of the sale. In a recent episode, Councilman Jamm also tried to disrupt Leslie Nope’s wedding to Ben Wyatt (Adam Scott) by throwing several stink bombs he bought at Amazon.com (“I’m a prime member,” he asserts). Someone decided to write a review of the stink bombs from the perspective of Councilman Jamm, referencing the episode in question. 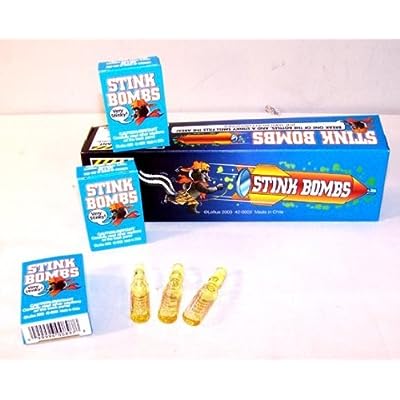 As far as I know I’ve never experienced a stink bomb and judging from the fine acting on Parks and Recreation when Jamm threw a few, it’s clear I never want to, either. Regarding the review, I can’t tell if it’s someone from NBC or just a fan of the show, but it’s a fun little bit and I couldn’t resist posting a response to it!
So that’s what I noticed this week. What caught your eye?
-nm