Dr. James Dobson addressed the Sandy Hook Elementary School shooting on his weekly radio program last month. You can listen to the entire 25:55 episode to hear the founder of Focus on the Family in full context. Below is a the piece of what he said that has left people like me in disbelief:

Our country really does seem in complete disarray. I’m not talking politically, I’m not talking about the result of the November sixth election; I am saying that something has gone wrong in America and that we have turned our back on God.

I mean millions of people have decided that God doesn’t exist, or he’s irrelevant to me and we have killed 54 million babies and the institution of marriage is right on the verge of a complete redefinition. Believe me, that is going to have consequences, too.

And a lot of these things are happening around us, and somebody is going to get mad at me for saying what I am about to say right now, but I am going to give you my honest opinion: I think we have turned our back on the scripture and on God almighty and I think he has allowed judgment to fall upon us. I think that’s what’s going on.

I am constructing my theology. I don’t have it all formed yet. And really, forming never stops! And yet, something about this does not sit well with me. When I read this and listen to it, I believe Dr. Dobson is intentionally implying God has judged the US because there is legalized abortion and legislation and conversation surrounding marriage equality and the tragedy at Sandy Hook is a direct consequence of God’s judgment as we “turned our back on God” for these reasons.
I have three thoughts on this:
1. I think Dr. Dobson’s timing is unfortunate at best.

I’m a student and I’m still learning. And I’m a mosaic so I’m still piecing together my priorities and passions, and that includes my constructive theology. Some theological beliefs I’m ready and able to assert and some I’m not and some will change and morph throughout my life. But I want to attempt to articulate myself here and now in this space. Please keep that in mind with my third point.
When Dr. Dobson implies the allowance of legal abortion and the pursuit of marriage equality means humankind has “turned our back on the Scripture and on God almighty” so that God in turn “has allowed judgment to fall upon us,” he is making a frightening conclusion about God.
Namely, God either doesn’t understand or care that correlation does not imply causation.
Correlation shows relationship between two statistical pieces of data. Perhaps persons work harder doing jobs they enjoy more. Do they enjoy the job more so they work harder or does harder work create more enjoyment on the job? They correlate but it is difficult to discern which one causes the other
Causality is the relationship in which a second event is clearly a direct consequence of a first event. To Dr. Dobson, this would mean children were murdered at Sandy Hook Elementary School clearly as a direct consequence of too many people avowing legal abortion and/or marriage equality in the US.
Put it another way, God’s punishment for humankind doesn’t fit the crime.
In fact, it’s much worse. In this scenario, God punishes humankind with horrific tragedy and it’s up to us to guess which thing we’re doing or not doing or not doing enough or doing too much of so we can make a change so God will stop punishing us. We either live our lives in relationship with God playing a guessing game, being asked to read God’s mind, or pray that people like Dr. James Dobson think and speak clearly enough to show us what God is trying to tell us. Either way, this way of living is based on fear. If God doesn’t understand correlation does not imply causation then God is not all-knowing and God is put into a role that is no longer God. If God doesn’t care whether correlation implies causation then God is not a loving God and God is no longer God. Either way, it leaves God punishing humankind for our choices as impetus for change. In this case, Sandy Hook was simply God’s “teachable moment.” A theodicy of divine pedagogy. It certainly fits the time of fear we live in according to Dr. Dobson. It also certainly fits the description of an abusive relationship (if one retained the above way of thinking of God, consider God as “partner” when reading this list).
I think Dr. James Dobson’s theology is heartbreaking.
And yet, the truth, in my opinion for where I’m at right now, can be difficult to accept, too, because it involves the choices you and I make or don’t make. The truth is: punishment isn’t the right word. The further truth involves us: God allows consequences to happen that are directly caused by the choices we make when we exercise God’s gift of free agency.
But here’s the important part:
In no way, shape, or form does God’s allowing consequences equate punishment.
If one image of God is that of parent, as Loving Father or Caring Mother, then part of being a loving, caring parent is allowing one’s children to make mistakes. The hope of the parent is the child will learn from those mistakes. The greater hope is the child will understand what they do as a mistake and atone for it – by admitting his or her culpability, asking forgiveness, making more responsible choices in the future, and asking for grace if (and when) mistakes are made again. But in none of this do I see “punishment.” I see consequences of choices. Consider these words from Rabbi Harold Kushner:

“I don’t need to believe that God punishes us… It is enough for me to believe in consequences rather than punishments. …Not because God’s wrath is called down on [those who do wrong behavior] but because their actions have defied the order of God’s world.”3

We have defied God’s order and there are consequences but not because of the theodicy Dr. Dobson offers. What happened at Sandy Hook Elementary School is horrific. Innocence and life lost is an awful, wretched consequence. It is not punishment.
It is the consequences of many, many, many things. That’s why many persons are talking about weapons (articulated as “guns” but that is too limiting), culture, media, mental health, bullying, and other societal issues. People are making their case for causations. Some we agree with, others we disagree with. When points are brought up about all of these things and more we weigh whether there really is causation. If by our agency we choose to create and dwell in a world in which gun culture is popular culture, mental health care is shamed, shunned, or mismanaged, and fear is one of the most widely- and effectively-used means of controlling other people, then we must choose to live with the consequences that are a direct result. When one doesn’t stand up to the dominant culture and say, “No!” on behalf of the slain, one chooses, by God’s gift of free agency, to live with the consequences. I do not know in what way of living that the slaughtering of innocence is an acceptable consequence.
And then, friends, we have a difficult task ahead of us: if any of the above really is causation, that means we have to admit our culpability and make the change. That might mean we do something different with how we handle weapons or how we treat the mentally ill or how we regulate media and so on, all of which are difficult to reconcile based on our personal connection to them. We would do this in the name of justice.
Because God is mercy and God is justice. God is a just judge. The above situations call for exactly the sort of just judging God does which Paul writes of in Romans 2 or when Jesus promises those hungry for justice will be filled in the Beatitudes of the Newer Testament or which other writers claim in the Older Testament in Psalm 7. Or 9. or 67. And so on. The potential reality that what we do or don’t do played a role in what happened at Sandy Hook is a terrible, discomforting possibility. And yet, each of those reasons in the above paragraph, to me, has a much better chance at convincing me there is correlation between them and senseless murder than what Dr. Dobson has implied: God doesn’t like abortion and gay marriage so innocent children die.
To me, in my current constructive theology, this comes across as an awful, agenda-driven, uncaring, unChristian thing to say.
We must give God more credit than this. In writing of various approaches to theodicy, Daniel Migliore, in some ways echoing Moltmann, offers this gem:

The power of the triune God is not raw omnipotence but the power of suffering, liberating, reconciling love. An emphasis on God as Trinity gives providence a different face. The God who creates and preserves the world is not a despotic ruler but “our Father in heaven”; not a distant God but a God who becomes one of us and accompanies us as the incarnate, crucified, risen Lord; not an ineffective God but one who rules all things by Word and Spirit rather than by the power of coercion.4

And as the debate over potential causations continues, we must remember healthy dialogue is important. The goal isn’t to seek out who to blame and it isn’t to avoid punishment. It’s to respond to God’s grace. Our choices bring about weighty consequences. Responding to God’s grace is making the choice to bring humanity that much closer to healthier consequences – that much closer to the Kingdom of God.
We can no longer tolerate those voices who would purport so-called natural disasters or horrific tragedies are “acts of God” which serve as signs of God’s wrath against humankind’s choices regarding issues such as abortion, marriage equality, foreign policy or existence. Those who believe differently need to be able to stand up and, just as courageously, say, “No.”
We must because the dead can’t.
A statement was made on the Family Talk Facebook page on Dec. 27, 2012 explaining that Dr. Dobson’s comments are being taken out of context. Here’s an excerpt:

As often happens whenever Dr. Dobson speaks from his heart about important events, there is a small minority of blog pundits who seem to manifest a fiery, warlike spirit when such tragedies occur.  A few of these, without having bothered to listen to the broadcast or understand Dr. Dobson’s presentation, have distorted his comments, perhaps as a way of drawing attention to themselves.  One such writer said Dr. Dobson was “blaming God” for the Sandy Hook massacre, when nothing approaching such a blasphemous comment was said during the broadcast.

Then what, precisely, did you mean, Dr. Dobson? I am all ears.
Of course, I could be wrong, too. What do you think?
-nm
(Note: a brief follow-up)
1. I cannot in good conscious bring up someone like Jacob Wetterling without pointing you to the Jacob Wetterling Resource Center.↩
2. Moltmann, Jurgen. God in Creation. Augsburg Fortress Press. Minneapolis, Minnesota. 1985, 1993. Kindle Location 339.↩
3. Kushner, Harols S. The Lord Is My Shepherd: Healing Wisdom of the Twenty-Third Psalm. Random House. New York, New York. 2003. 115.↩
4. Migliore, Daniel L. Faith Seeking Understanding: An Introduction to Christian Theology. Wm. B. Eerdmans Publishing Co. Cambridge, UK. 2004. 123-133. Eerdmans Publishing Co – A. Kindle Edition.↩ 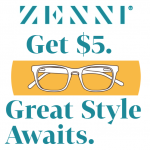